As a tradition I’m going every year in the direction of the Netherlands or Belgium. This time we decided to go either to Rotterdam or Utrecht – depending where we will get a couch.

It was quite hard to find a couch but in the end I found one in Utrecht with trustroots. I used this platform for the first time and I was eager to see how it is. But I thought that it will be good because it is made from and for hitchhikers.

So me and Laure started at 10 in Berlin and I thought it might be a bit late. On the way to Grunewald we met some other hitchhikers who luckily wanted to go in a different direction than us.

At the station we got lucky and had only to ask one car which took us to Brunswick. The driver even took a small detour for us which was really kind. He was a theology professor in Jena and we had a lot of interesting talks.

In Brunswick we wanted to take a small break and started slowly to ask people but it turned out that we got instantly a lift to Eindhoven which was a big detour for us but we thought that it will be a good idea.

The lift was one of the awkward ones where we didn’t talk so much so we took our break in the car.

We were after this lift only two cars away from Utrecht and it worked out perfect so we arrived in Utrecht after 8 hours of driving which was amazingly fast.

The two days in the city were really lazy. We spend a lot of time with our host who was a really cool gut and who showed us his city.
In the end we bought lots of cheese and hitchhiked back to Berlin where we didn’t happen this much.

In the end it was a nice relaxing vacation time 🙂 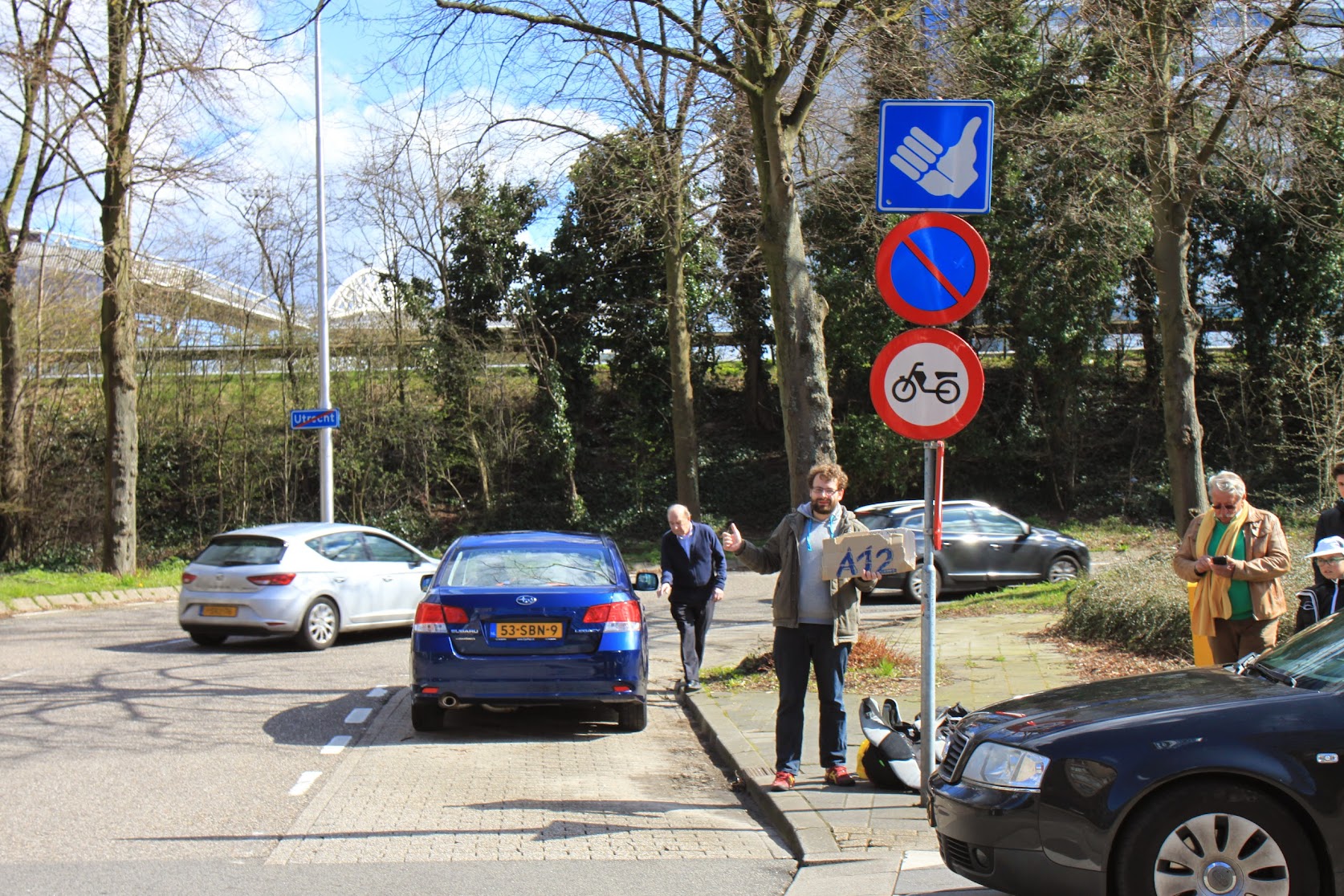