During the long first of may weekend, Laure and I visited an old colleague from her work, who lives in the countryside close to the nature park Unteres Odertal, which is a human made nature reservation.

We decided to make a combined bike and hike trip and booked a room with AirBnB close to Schwedt.

The morning started as usual when it comes to travel with Laure – a lot of stress… I packed the bags and prepared everything and went down to prepare my bike and she finished her pre-travel preparations when I got a call that I should go up again.  When I arrived, I saw that she got stuck with the bike in the elevator door and couldn’t set the bike free. I saw the time running and was really afraid that we’re going to miss our train.

We caught it in just in time and even made it to buy our tickets. When we arrived, we went to the house by bike, but I realized quickly that something is wrong and the rear wheel of my bike was broken and it was nearly impossible to continue on the bike.

After a while we arrived at the host and I tried to fix my bike, but it was not possible. In the end, we were really lucky and our host gave us one of his bikes, and we could at least explore the area. Instead of going around, we fell asleep for no real reason and woke up to ours later. We still wanted to explore the area so finally we settled our bikes and went towards the river. 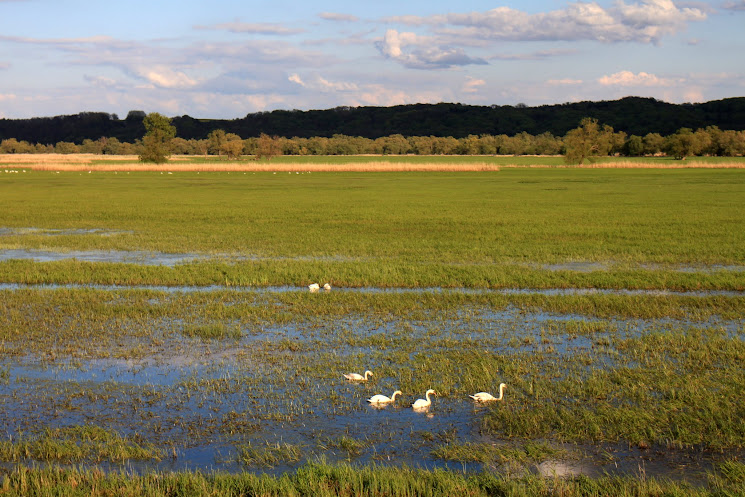 Shortly after we started, we had to take a detour because one of the bridges were closed and we couldn’t pass it so we went to the next small city, crossed the canal and went back towards Schwedt on the Deich.

In Schwedt we went to the place of our favorite cuisine – a Balcan restaurant. We ate there and went back home. This was our first day in Schwedt.

the next day we met Laures friend and made the first boat tour of my life. We wend the other up and down and stopped for photos and had a lot of interesting talks. It was possible to see loads of birds, and learn a lot about fishing. We crossed small villages and took a break next to the river in a rural area. 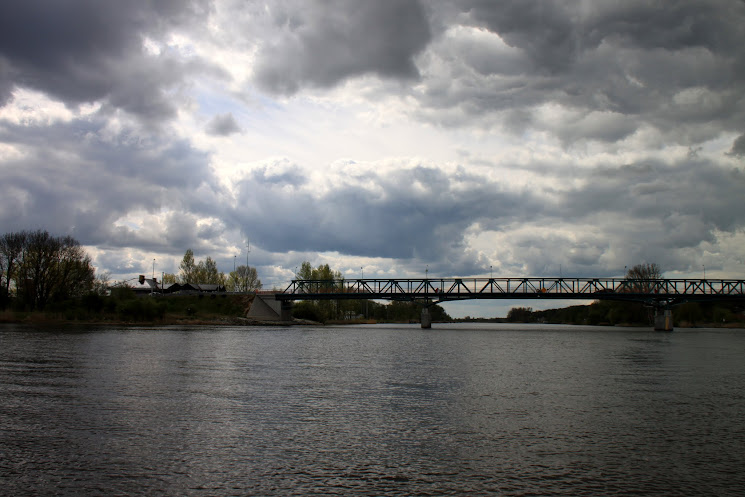 Afterwards we brought the boat back to the house of Laure’s friends and had a nice coffee break where we also could inspect a garden. Then we took the car and went to some nice viewpoints, the tool loads of pictures and went unexpectedly again to the Balcan restaurant.

The next day we went back home but we had to walk all day with my bike.